Where do I begin with explaining to you the exceptional work this law firm has produced for my mother's case. They pay attention to detail, communicate with what is going on with your case and they show compassion and empathy. From day one Ms. Kim Valentine has always been up front and honest with me about my mother's case, her team of lawyers fight for what is right and they get the job done. I would hate for anyone to have to go through what my family has had to endure, yet if you do give Valentine Law a call. This is a team you would want to fight for your love ones!

The best way to begin this review is to say that there are lawyers and then there's Valentine Law. Not only was my case extremely difficult, but during litigation I suffered one of the worst personal tragedies anyone can endure. The compassion, empathy, and love they showed to me was not only remarkable but also genuine, which was greatly appreciated by me. They patiently walked me through the litigation process with its peaks and valleys, and encouraged me to wait. It was worth the wait. My husband can finally Rest In Peace and his family is so very grateful for that.

Kim Valentine and Jennifer Turner are brilliant strategists. You have to see it in action to believe it and I would never want to go against them in court. My case settled, so thankfully, there was no trial. Jennifer Turner was my personal attorney, and I can honestly say she's one of the best people I ever met. I was not the easiest client but she never wavered in her dedication to my husband, me, and our family. I love Jen because she never saw me as a client, only as a person, and I'll never forget her.

Valentine Law is an outstanding firm and there aren't enough stars to rate them.

Hard to imagine where to start. This group of lawyers is unlike any you will meet. Not only are they probably the most talented cast of lawyers you will ever meet, they put heart, soul, sweat and tears into every case they have. Many lawyers go on and on about how much their clients mean to them.

It pales in comparison to this group You walk into the office and down the hallway where they have pictures, letters and stories hanging on the wall about those people they have represented They specialize in what is called elder abuse.

I hope no one out there every has to consider hiring a lawyer for a case like this. As most often they are tragic and heart breaking. However, if you are unfortunate enough to have to consider this. Read no further. Pick up the phone and call them.

In our darkest hour, the Valentine Law Group helped us to see the light. Not only is Ms. Valentine a brilliant attorney, she is compassionate and puts her whole self into the case before her.

Her staff, co-workers and associates are among the best in the country. It is an impressive team.

We were treated with kindness and caring throughout the duration of our case. We could not have asked for a more well prepared, well educated, successful team.

We consider Kim a part of our family and feel that we've made a friend for life. We are forever indebted to the Valentine Law Group for the time and attention that was given to us when we needed it the most.

Kim Valentine and Jennifer Turner are exceptional attorneys, but more importantly, they are extraordinary human beings. When I first met with them and presented my father's case, they were genuinely shocked by what he had endured due to neglect and abuse in, of all places, a skilled nursing center. They listened and then they did something very unusual. They asked about my father's life; they wanted to know who he was and how he had lived - not just about how he had died. In this way, Kim and Jen came to know my father and understood the depth of our loss. This knowledge fueled their commitment to go to battle with the institution that had promulgated the callous policies of elder neglect that led to my father's death.

I have never brought a lawsuit against anyone and certainly not against a large corporation. This was not an easy decision. But when I met Kim and Jen, I understood that it had to be done not only for my father but to expose a facility whose practices put all of its patients at risk. As the lawsuit progressed, my admiration for Kim Valentine as a devoted advocate for the rights of elders deepened. To say she is passionate about what she does is a blatant understatement. She is sharp, intuitive, tenacious and relentless in her efforts. At the same time, she is deeply compassionate and always cognizant of the thoughts and feelings of the family. I had total confidence in Kim's judgment and advice and trusted her completely. Kim's intensity and high energy are balanced by Jen's patience, encouragement and her ability to explain all the nuances of what was taking place and what was coming next. In fact everyone at the Valentine Law Group reflects the same high level of professionalism and dedication. How did it end? As Kim had anticipated, we did not go to trial. It became glaringly clear that Kim had collected more than enough damning evidence to quash any hopes the defendants may have had of winning the lawsuit. She then negotiated a surprising settlement.

I and my family were incredibly blessed to have the Valentine Law Group come into our lives at a time when we were grappling with shock, sorrow and anger over the loss of my father. The battle they waged for my father we hope will result in a change in the way this skilled nursing facility cares for the loved ones of other families. 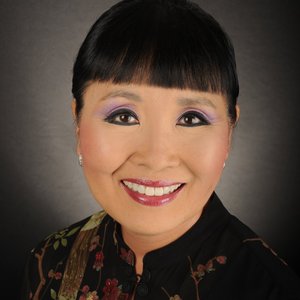 I met Kin Valentine in 2005 when my mother-in-law died from neglect in a nursing home. In 2008 after three long years we went to trial. Those 8 weeks were the most amazing weeks of our lives. Our taking the case to trial was not about the money but holding a nation wide company responsible for the death of another human being. It was our hope that we would be able to change the way this nursing facility took care of our loved ones.

Kim is the most compassionate woman I have ever known. She was absolutely amazing in the courtroom.

My father suffered terribly while in the "care" of a skilled nursing facility in the So Orange Country area, and had to be transferred to a nearby hospital emergency room in the middle of the night due to a horrific laceration he received while there. My dad was in extreme pain and never fully recovered, and passed away several days later, never regaining consciousness. He was 97 years old. Aside from filing a formal complaint on my own with the California Department of Health against this skilled nursing facility, we really did not know where to turn. Fortunately, my nephew had heard of an attorney who had a good reputation for fighting on behalf of families whose loved ones had suffered as a result of the actions of such institutions - and it turned out to be the Valentine Law Group, led by Kim Valentine.

Kim and her staff worked with a laser focus, obtained expert testimony of my father's condition upon admission by the hospital emergency room staff, and revealed inconsistencies and suspicious practices in the nursing facility procedures and documentation. As the trial date approached, the defense asked us to enter into arbitration - they wanted to try and settle before going to trial. This surprising turn of events was no doubt due to the mountain of evidence that Kim and her staff were compiling against the facility.

he arbitration process took place over the course of one full day, and Kim guided us through it every step of the way. We went into that day fully expecting it to be a total waste of time. But after several hours of negotiation, we wound up settling. Kim was instrumental in helping us realize that the defense will never publicly admit fault - but that we definitely made them pay attention to their shoddy practices. We sent a clear message to them that it is much less expensive for them to improve the quality of care they provide to their skilled nursing facility patients than it is to enter into arbitration - especially when the plaintiff is represented by Kim Valentine and her staff. Kim was clear that the age of my father is no excuse for a facility to deny him the care and dignity he deserved at the end of his life. She took the time to learn about my father's achievements and his life journey. She understood how much he meant to us, and she battled on our behalf. Kim fought for my father, and won. We cannot thank her - and her staff - enough.

I don't know where to begin this review of Valentine Law Group. I am so overwhelmed with how outstanding this team is. Unfortunately I had a botched medical procedure and didn't know how to get help. I was referred to Kim Valentine by a family friend who was familiar with Kim's outstanding reputation. At the time of first meeting Joe and Kim and agreeing to them representing myself I had no idea just how lucky I truly was. After going through the toughest time of my life including four subsequent surgeries the Valentine Law Group was always there to support me. Unfortunately fighting a gigantic medical group is not easy. Although I was truly wronged by this Dr. it needed to be proved by someone. Without the Valentine Law Group my case would have been swept under the rug. Kim, Jenn and Joe all worked feverishly to net me the best possible outcome. Their whole team worked together so effectively I am astonished. Even before we won the case I felt so vindicated after hearing Kim, and Jenn during the proceedings. I can't put into words how grateful I am to have worked with such an outstanding team. Job well done Valentine Law Group!