Jonathan Santiago earned his Juris Doctor from the University of California, Irvine School of Law and was admitted to the State Bar of California in 2018. During law school, Mr. Santiago dedicated over 120 volunteer hours to the Elder Abuse Clinic in Santa Ana and developed a passion for advocating on behalf of the elderly community.

Prior to joining Valentine Law Group, Mr. Santiago clerked for the Office of the Orange County District Attorney and worked in the UC Irvine School of Law Domestic Violence Clinic. Through his experiences advocating for various individuals, Mr. Santiago learned how to fight for justice tenaciously and diligently.

Mr. Santiago won numerous awards for competing in mock trial during his undergraduate years and became president of the UC Irvine School of Law Trial Advocacy Club. He currently coaches the Woodbridge High School Mock Trial Team, which is the “winningest” team in Orange County high school mock trial history. There, he teaches students how to be champions in the courtroom and in life. 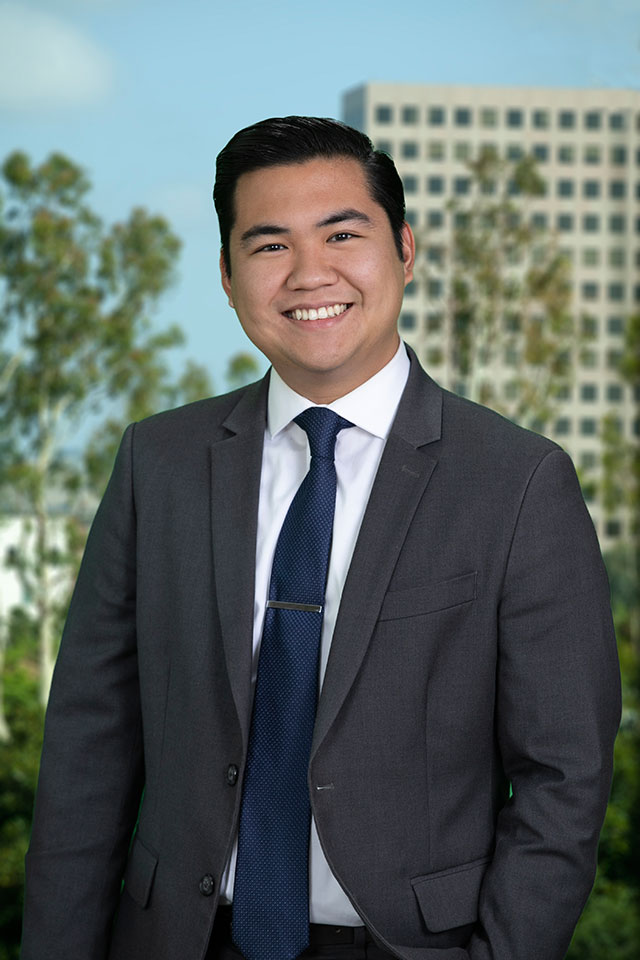