The attorneys of Valentine Law Group represent the victims of negligence, neglect, and abuse throughout Southern and Central California. We focus our practice on the areas of elder and dependent adult abuse and neglect, serious personal injury, and medical malpractice.

With the high prevalence of abuse and neglect in healthcare facilities, families are often left feeling brokenhearted, angry, and betrayed by those whom they entrusted to care for their loved one. We strive to help the families of victims find the truth, get answers, and make positive changes in what are often discovered to be broken systems. We hope that the resolutions of our cases don’t only involve financial compensation; we hope they include changes in policies, employee training, management, and patient care.

We understand that sometimes the mere act of getting answers can help family members process their own emotional wounds that were caused by the tragedy that their loved one suffered.

Our caring and compassionate attorneys have a combined fifty-two years of litigation experience and have obtained substantial awards for their clients at the negotiating table and in California’s courtrooms.

Principal attorney Kimberly A. Valentine has obtained multiple punitive damage awards against some of the largest corporate nursing home chains in the nation. 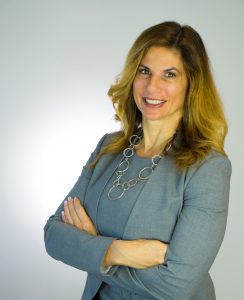 Ms. Valentine has dedicated her career in the practice of law to advocating for the vulnerable elderly, injured and the infirm. Her clients ages span from newborn children to elderly as old as 104. She practices predominately in the areas of elder abuse and medical malpractice.  Ms. Valentine is an Associate with the American Board of Trial Advocates. She has twice been the Orange County Trial Lawyers Association’s Top Gun award recipient as the top Elder Abuse litigator. She was also recognized in 2008 as a California Trial Lawyers Associations “Street Fighter” Award finalist. She was also named a Super Lawyer each year from 2014 through present.  Super Lawyers Southern California Magazine also named her as one of the top 50 Orange County lawyers and Top 50 Women lawyers in Southern California in 2017 and 2018.

According to recent statistics, there are approximately 225,000 incidents of elder abuse and nursing home neglect in California each year. [1] Los Angeles, Orange, San Diego and Riverside counties alone are responsible for almost half of all instances of abuse and neglect in the State. It is therefore imperative that victims of that abuse, and those positioned to advocate on their behalf, such as Valentine Law Group, take every action to bring justice to those victims and make every effort to prevent future instances of neglect and abuse.

If you or someone you know has suffered a serious injury, or has been the victim of physical abuse, neglect or negligence, contact Valentine Law Group here or call (949) 265-9272. There is no charge for consultation.

Valentine Law Group “In the News”:

Congratulations to attorney Jennifer L. Turner for being named to the “Up-And-Coming 25: 2019 Orange County Rising Stars” list by Super Lawyers!
Congratulations to principal attorney Kimberly A. Valentine for winning the Trial Lawyers Care Award from the American Association for Justice for her work with Operation Helping Hands, an organization dedicated to serving our homeless neighbors in southern California.
Congratulations to principal attorney Kimberly A. Valentine for being named to the “Top 50 Women Lawyers in Southern California” list by Super Lawyers!
The New York Times, “Trump Moves to Impede Consumer Lawsuits Against Nursing Homes” Read More
The Orange County Register, “Woman injured at O.C. nursing home gets $3.1 million”
Read More 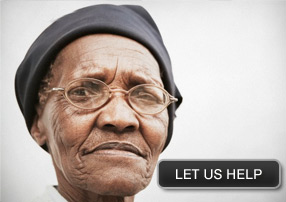